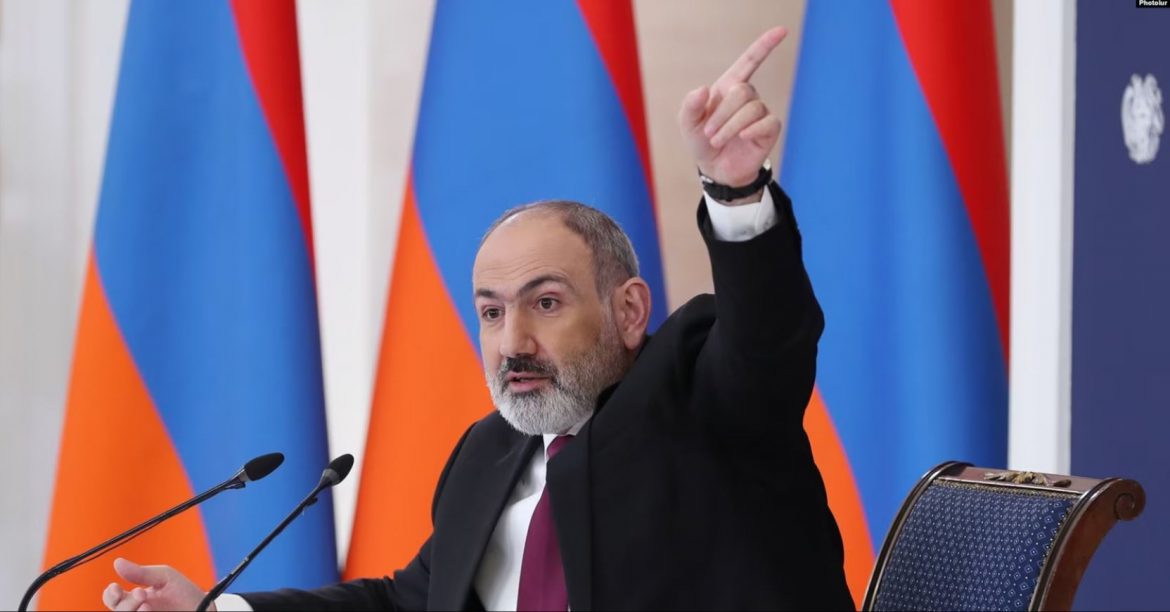 Nikol Pashinyan questioned Russia’s military presence in Armenia on Tuesday, saying that it does not necessarily serve as a security guarantee for his country.

Pashinyan also announced that his administration has cancelled a military exercise, which the Collective Security Treaty Organization (CSTO) planned to hold in Armenia this year, because of the Russian-led military alliance’s reluctance to defend it against what Yerevan regards as Azerbaijani military aggression.

Reacting to the announcement, Kremlin spokesman Dmitry Peskov said CSTO member states will be “in touch” soon to try to “clarify the details of Armenia’s position.”

“In any case, Armenia is our very close ally and we will continue the dialogue, including on the issues that are very difficult now,” Peskov told Russian media.

Armenia appealed to Russia and the CSTO for support during the September 2022 clashes along its border with Azerbaijan which left at least 224 Armenian soldiers dead. Armenian leaders afterwards accused the Russian-led alliance of ignoring the appeal in breach of its statutes.

During a November summit in Yerevan the CSTO proposed what its then Secretary General Stanislav Zas called a set of “measures to assist Armenia in this difficult situation”. However, Pashinyan rejected the offer, citing the absence of CSTO statements condemning Azerbaijan. Zas said in December that the proposed measures included “military-technical assistance.”

Pashinyan said on Tuesday that Azerbaijan has told Western nations that its “aggressive actions” are aimed at neutralizing a perceived threat emanating from the Russian-Armenian alliance.

“We all know that that that is absurd, but against the backdrop of the events in Ukraine this narrative is attracting some interest, which is why Azerbaijan is advancing this narrative,” he told a news conference.

“We bring our Russian partners’ attention to this fact, noting that their lack of reaction means that Russia’s military presence in Armenia not only doesn’t guarantee Armenia’s security but on the contrary creates threats to Armenia’s security,” he said.

Late last month, Pashinyan complained that the peacekeepers are doing little to unblock the vital road. Lawmakers representing his Civil Contract party went farther, alleging that Moscow is using the blockade to try to force Armenia to join the “union state” of Russia and Belarus and open an “exterritorial corridor” to Azerbaijan’s Nakhichevan exclave.

Pashinyan acknowledged that Yerevan has received no “official offers” to join the Russia-Belarus Union. But he noted at the same time that “the reality is not as clear-cut as it seems.”

“Sometimes we need to take a close look not so much at the substance of issues but at their subtext,” he said, adding that Grigorian probably referred to signals received by Armenian officials during “unofficial contacts.” He did not elaborate.

Pashinyan went on to again urge the Russian peacekeepers to “ensure the normal functioning of the Lachin Corridor” in line with the Russian-brokered ceasefire agreement that stopped the 2020 war in Karabakh.