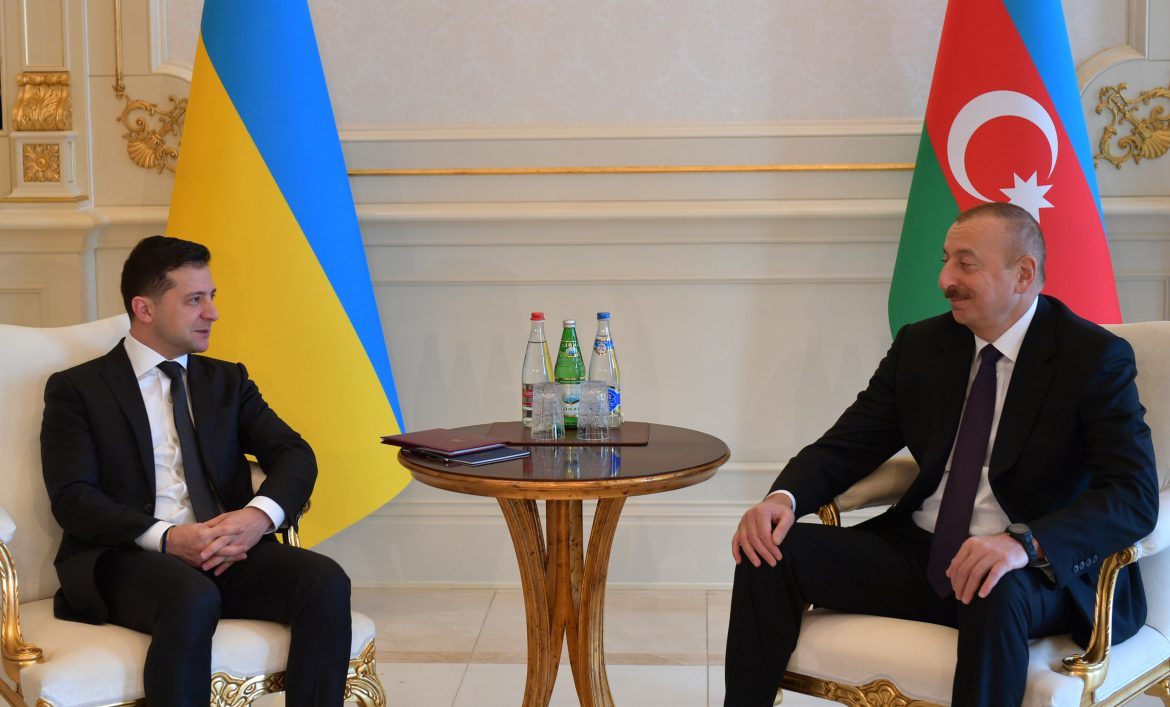 Azerbaijan is taking advantage of Russia’s “distraction” with its war in Ukraine to attack its neighbour Armenia, analysts say.

Russia – the broker of the ceasefire agreement that ended fighting between Armenia and Azerbaijan over the disputed region of Nagorno-Karabakh in 2020 – is currently preoccupied by Vladimir Putin’s announcement on 21 September of a “partial mobilisation” of 300,000 military reservists, as well as its planned referendum vote on annexation in four occupied Ukrainian territories.

It has provided an opportunity for Azerbaijan to escalate conflict against Armenia, which ramped up with an attack on the country on 13 September.

“The Ukraine war is the enabling conjuncture, but the drivers of this violence are local,” said Laurence Broers, an associate fellow of the Russia and Eurasia programme at UK international relations think tank Chatham House.

Since March, Azerbaijan has increasingly tested the will and capacity of the Russian peacekeeping mission deployed in and around areas of Nagorno-Karabakh still under Armenian control.

“Since the Ukraine war, Azerbaijan has become [increasingly] emboldened,” Olesya Vartanyan, a senior South Caucasus analyst at the International Crisis Group think tank, told openDemocracy. “We have started seeing Azerbaijan using force to start contesting the red lines inside the region, but also to get what it wants.”

Azerbaijan’s large-scale attacks inside the eastern Armenian border and in the southern region of Syunik killed more than 200 people last week. Armenian officials criticised the Russian-led defence alliance, the Collective Security Treaty Organisation (CSTO), for not intervening in the military standoff.

Baku, Azerbaijan’s capital, may see the so-called ‘Zangezur corridor’ – a disputed term for a controversial cross-border road-building project – as a “current priority”, suggests Daria Isachenko, a Turkey-Russia specialist at the German Institute for International and Security Affairs.

Azerbaijan’s president Ilham Aliyev has accused Armenia of stalling on building work, threatening to take the land for the ‘Zangezur corridor’ by force if Armenia does not comply with his construction demands.

The 10 November 2020 trilateral ceasefire agreement signed by Russia, Armenia and Azerbaijan makes no explicit mention of the so-called ‘Zangezur corridor’, stipulating only the opening of a “transport link” connecting Azerbaijan to its exclave Nakhchivan, through Armenia’s Syunik Province.

Armenia rejects the use of the word ‘corridor’, which would result in the landlocked country losing control over its only border with Iran. Instead, Yerevan maintains that it can fulfil the 2020 agreement by using existing roads and railways.

Aliyev, Azerbaijan’s president for the last two decades, has interpreted the document to mean the construction of a highway that would also connect Turkey to the rest of the Turkic world – and to Russia. Such a road would be in the interests of Russia and Turkey, as well as Azerbaijan.

“I see Armenia on one side. And Turkey, Azerbaijan and Russia on the other side,” Isachenko said.

According to Isachenko, the ‘Zangezur corridor’ has become increasingly relevant for Moscow because of Western sanctions over the war in Ukraine.

“Russia is in search of alternative routes. This is an important route to connect Russia with Turkey,” she explained. Moscow would also have control over the ‘corridor’ through its Federal Security Service, according to the 2020 ceasefire agreement.

In June, Yerevan and Baku agreed to most of the ‘Zangezur corridor’ with the help of Russia – but it remains unclear if the project will ever be completed or what its status would be.

According to the ceasefire agreement, Russian peacekeepers will oversee parts of Nagorno-Karabakh still under the control of de facto Armenian authorities until 2025.

But there have been several incidents this past year where Russian peacekeepers have been ‘missing in action’, including in the Armenian-populated Nagorno-Karabakh villages of Lachin and Parukh, where Azerbaijan has retaken control.

“The Russian peacekeeping mission was not really able to prevent those incidents from happening,” South Caucasus expert Broers said.

While Aliyev denies special status to ethnic Armenians living in Nagorno-Karabakh, calling them citizens of Azerbaijan, Armenian officials and de facto leaders in the region have called for security guarantees and territorial status for the local Armenian minority, accusing Azerbaijan of ethnic cleansing and cultural erasure.

This article was originally published by OpenDemocracy.