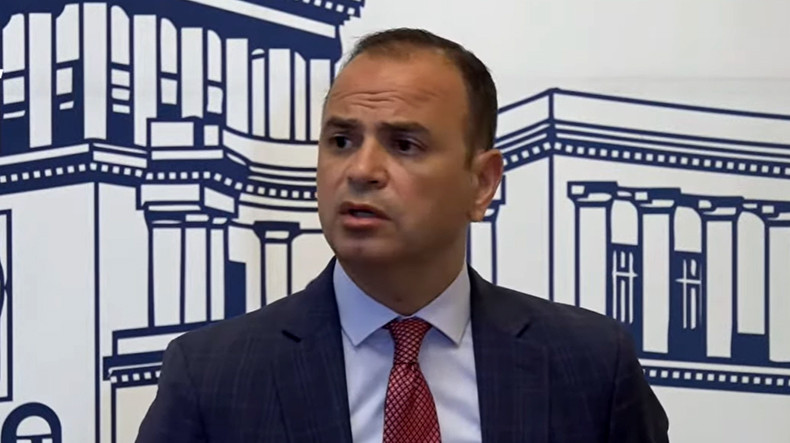 In a few days, we will witness once again an unfortunate manifestation of Armenia’s leadership dividing the Armenian nation, while claiming to unify it.

The High Commissioner for Diaspora Affairs of the Republic of Armenia, Zareh Sinanyan, has organized what he arrogantly calls a ‘Global Armenian Summit,’ to take place in Yerevan, Oct. 28-31.

Ever since Prime Minister Nikol Pashinyan came to power, he has spoken more harshly against his domestic opponents than against Armenia’s enemies—Azerbaijan and Turkey. He has frequently talked about blacks vs. whites—the good guys (his supporters) vs. the bad guys (his political opponents). Shockingly, Pashinyan waved a hammer in the air during his campaign speeches, threatening to bash the heads of his opponents, squash them on the asphalt and slam them to the wall. He has pitted Armenia’s population against Artsakh and alienated Diasporans from Armenia. Yet, those of us who criticize his divisive actions are lectured by his supporters not to divide the nation.

Prime Minister Pashinyan abolished the Ministry of Diaspora and replaced it in 2019 with Sinanyan, the High Commissioner for Diaspora Affairs. Judging by Pashinyan’s many other appointments, the sole reason he appointed Sinanyan was that he backed the ‘velvet revolution.’ Competence does not seem to be an important criteria for Pashinyan—blind support is.

In the last three years, Sinanyan toured the world, at Armenia’s taxpayers’ expense, accomplishing very little, but causing more internal dissension in the Diaspora. Rather than trying to unify Armenians, he has played partisan politics siding with Pashinyan’s political party. Sinanyan does not seem to understand that he is getting a salary, not to be the Chief Propagandist for Pashinyan’s political party, but to pursue the best interests of all Diaspora Armenians regardless of their differing persuasions.

I have described in previous columns my criticisms of Sinanyan’s misguided and false statements. He has announced many plans that have remained unfulfilled, such as his questionable idea to appoint partisan representatives in various Diaspora communities. Another one of Sinanyan’s half-baked ideas is encouraging Arabs to immigrate to Armenia. He is not aware that his duties are to deal exclusively with Diaspora Armenians, not foreign immigrants.

Sinanyan should not be blamed as much as Pashinyan who appointed him. In any normal country, apparatchiks like Sinanyan would have been fired long ago, but not in Pashinyan’s administration, where incompetence and blind loyalty are prerequisites for appointments.

Therefore, it is not surprising that Sinanyan, with the blessing of his boss, announced a “Global Armenian Summit,” to be attended by supporters of the regime. Not surprisingly, Sinanyan has not invited some of the major Armenian Diaspora organizations, just because they oppose the regime.

In an astounding blow, both leaders of the Armenian Apostolic Church, His Holiness Karekin II, Catholicos of All Armenians, and His Holiness Aram I, Catholicos of the Great House of Cilicia, announced that they will boycott Sinanyan’s poorly organized partisan “Summit.” A spokesman for Karekin II said that the ‘Summit’ “could cause new sensitivities and tensions in our national life and will not be effective.” Given the strained relations between the Church and Armenia’s government, the Primate of the Diocese of Shirak, Archbishop Mikael Ajapahyan, bluntly asked: “why should we [the Church] participate in their [the government’s] PR action?”

To make matters worse, Hetq, the website of investigative journalists in Armenia, reported that the Armenian government is paying $768,000 to an outfit named Factory Production LLC, to organize the ‘Summit.’ I read the contract which indicates that it was signed on Oct. 21, 2022, just one week before the ‘Summit.’

The lack of seriousness of the organizers of the ‘Summit’ is indicated by the fact that in four days of meetings only one hour is devoted to Artsakh, with the participation of representatives of the Artsakh government along with Armenia’s Foreign Ministry and Security Council. This does not do justice to a critical issue which is of utmost importance for all Armenians, but sadly, not the government of Armenia.

Two ‘panel discussions’ are planned for the ‘Summit’: “How Diaspora communities organize for local and national-level representation within their countries” and “Diaspora representation within the Republic of Armenia’s governing structures: Models to consider.” Both of these topics require serious discussions with the participation of major Armenian organizations and knowledgeable individuals who were not invited. I presented to Prime Minister Pashinyan, during my visit to Armenia in 2019, a concrete plan for the formation of a Diaspora Armenian Parliament which Pashinyan enthusiastically welcomed. Regrettably, along with many others, I have not received an invitation to present this important plan to the ‘Summit.’

Hopefully, a future Armenian government, which is less inclined to divide the nation, will reconvene a proper “Diaspora-Armenia-Artsakh Conference” with the participation of all Armenian organizations and influential individuals, regardless of their affiliation, to deal with the existential challenges facing Armenia and Artsakh.

At a time when Armenia and Artsakh stand at the edge of the precipice, there is no need to play self-defeating partisan politics and divide the nation further. Recently, Turkey’s Foreign Minister Mavlut Cavusoglu complained once again about the Diaspora’s anti-Azerbaijan and anti-Turkey activism. The last thing Armenians need is having the Armenian government help Azerbaijan and Turkey to weaken and neutralize the Diaspora. No wonder I did not see on the agenda of the ‘Summit’ the topic: how to counter Azerbaijan’s and Turkey’s anti-Armenian activities.