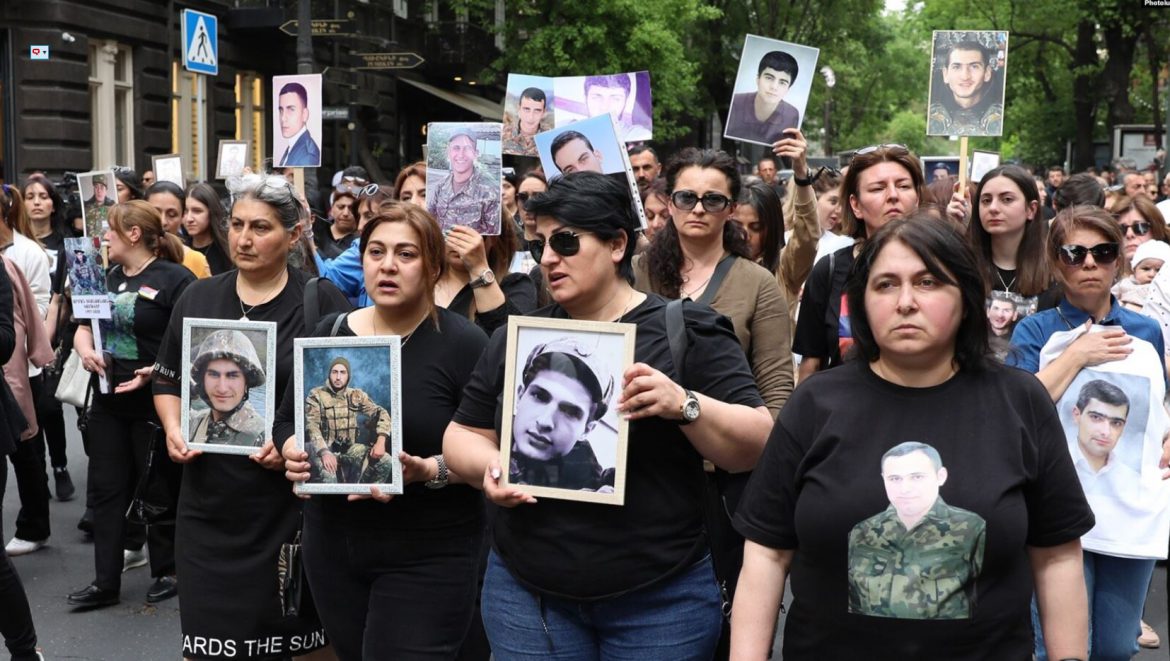 YEREVAN, ARMENIA – On Tuesday, the families of Armenian soldiers martyred during the 2020 Artsakh war held a protest in Yerevan demanding criminal charges be brought against Nikol Pashinyan. Protestors cited Pashinyan’s remarks in Armenia’s parliament on April 13, during which he attempted to defend his handling of the war that left over 5,000 Armenian soldiers dead.

In that speech, Pashinyan stated that he could have “have averted the war, as a result of which we would have had the same situation, but of course without the casualties.”

The parents and other relatives of the fallen soldiers had submitted a formal “criminal report” to Armenia’s Office of the Prosecutor-General on April 18. In his response to the complaint, Prosecutor-General Artur Davtyan had stated that he did not believe that Pashinyan admitted to any crime in his speech. Instead, he deferred the report to another law-enforcement agency, which is supposedly investigating the war-time actions of other high ranking government and military officials.

Davtyan further angered the protesters by deflecting criticism against Pashinyan by stating, “If we had ceded parts of our homeland without a fight, should have there also been an indictment by the same logic?”

“What was Pashinyan afraid of?” asked the father of fallen soldier. “Of being called a traitor? They now say worse things about him.”

Despite the fact that his predecessors averted large scale war for two decades and maintained control over the liberated territory of Artsakh, Pashinyan continues to try to pit the blame on Kocharyan and Sargsyan for the loss, during his leadership, of nearly seventy-five percent of the Artsakh Republic’s territories and portions of Armenia-proper.

The opposition asserts that Pashinyan’s policies drew Azerbaijan into a war that was avoidable and intentionally weakened the country’s diplomatic and military capabilities.