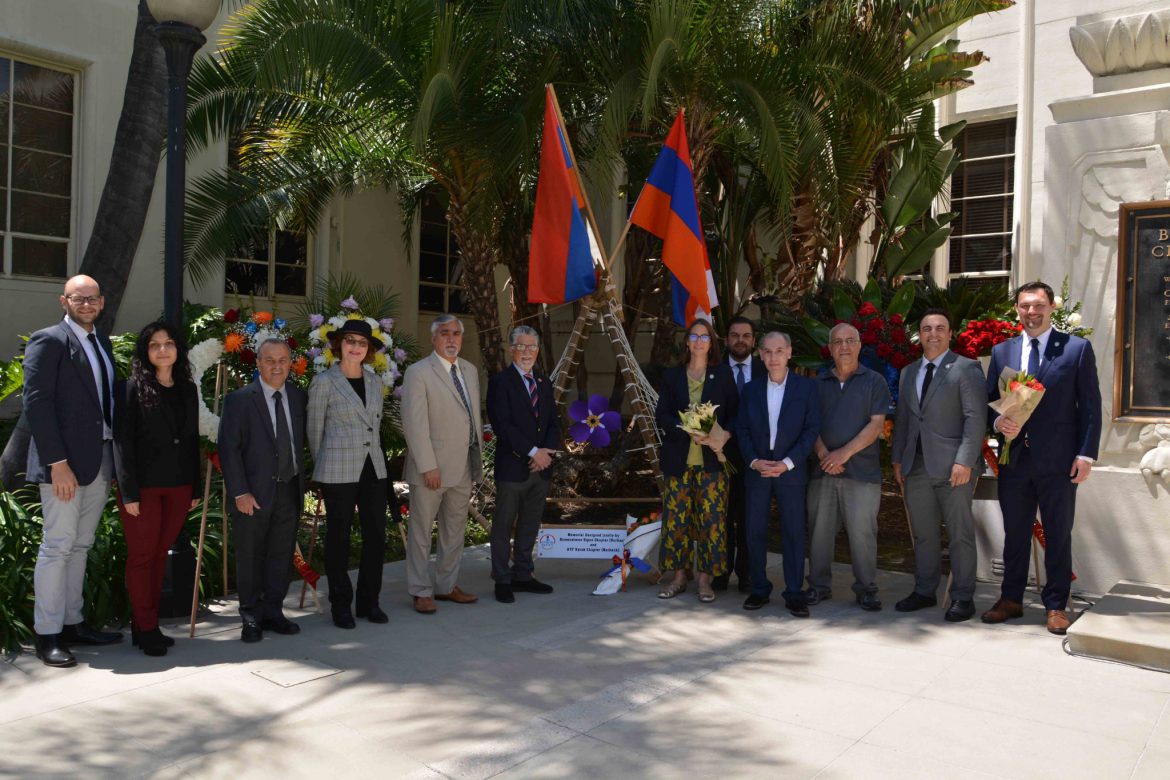 Approximately 100 people, including ANCA Burbank board members, friends and supporters, as well as elected officials gathered at the steps of Burbank City Hall to express their solidarity and lay flowers on a memorial dedicated to the 1.5 million victims of the Armenian Genocide in 1915.

The event began with the Homenetmen Scouts proudly marching and placing the flags of USA, California, Armenia and Artsakh on the memorial, which was designed and built jointly by the Homenetmen Burbank Sipan and the AYF Burbank Varak Chapters.

The ANCA Burbank Chairman, Sarkis Simonian, began with opening remarks, noting that “For Armenians, the Genocide never ended and continues to this day as evidenced by the war in Artsakh in 2020 and the ethnic cleansing that followed, and still continues today as Azerbaijan keeps forcing Armenians away from their homes and villages in Artsakh and tries to erase their existence by turning churches and historical sites into pastures and brutal monuments of their savagery.”

ANCA Burbank members thanked everyone in attendance, including Mary Hovagimian (representative for Adam Schiff), the Burbank Police Department, the City of Burbank and the Burbank Unified School District for issuing the Armenian Genocide Proclamation and lighting City Hall with the colors of the Armenian Flag.

The event was proceeded by a flower laying ceremony, where each guest placed a flower at the memorial, surrounded by wreaths and crowned with the flags of both Armenia and Artsakh.

The Armenian National Committee of America–Burbank advances the social, economic, cultural, and political rights of the area’s Armenian community and promotes its increased civic participation at the grassroots and public policy levels.