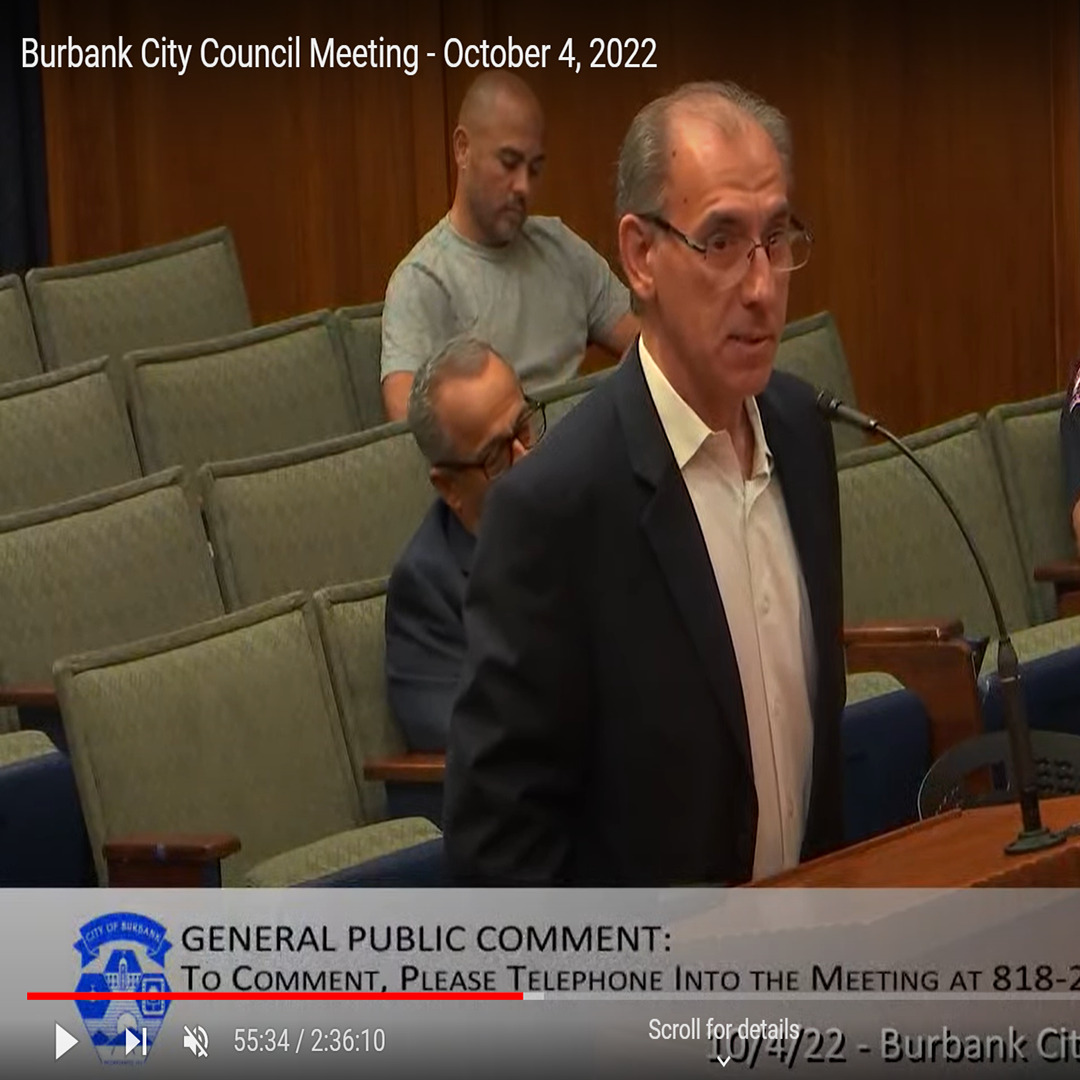 Last night during the city council’s regular meeting, the council directed the city manager to prepare a letter to President Biden and U.S. Congress condemning the latest Azeri attacks on Armenia and Artsakh and demanding the suspension of Section 907 waiver and any military aid to Azerbaijan.   Sarkis Simonian, Chair of ANCA Burbank, and Antranik Jarchafjian, Chair of Beshir Mardirossian Burbank Youth Center were both present at last night’s meeting and spoke in favor of issuing the letter. More than 20 emails were sent to the city council from the Armenian community in Burbank supporting the letter.   This agenda item was prompted by the letter sent by ANCA Burbank on September 13th after the Azeri attacks on Armenia in which ANCA Burbank asked the city council to issue the condemnation letter.   We will share the letter with the community as soon as it’s issued and signed by all five members of the council.