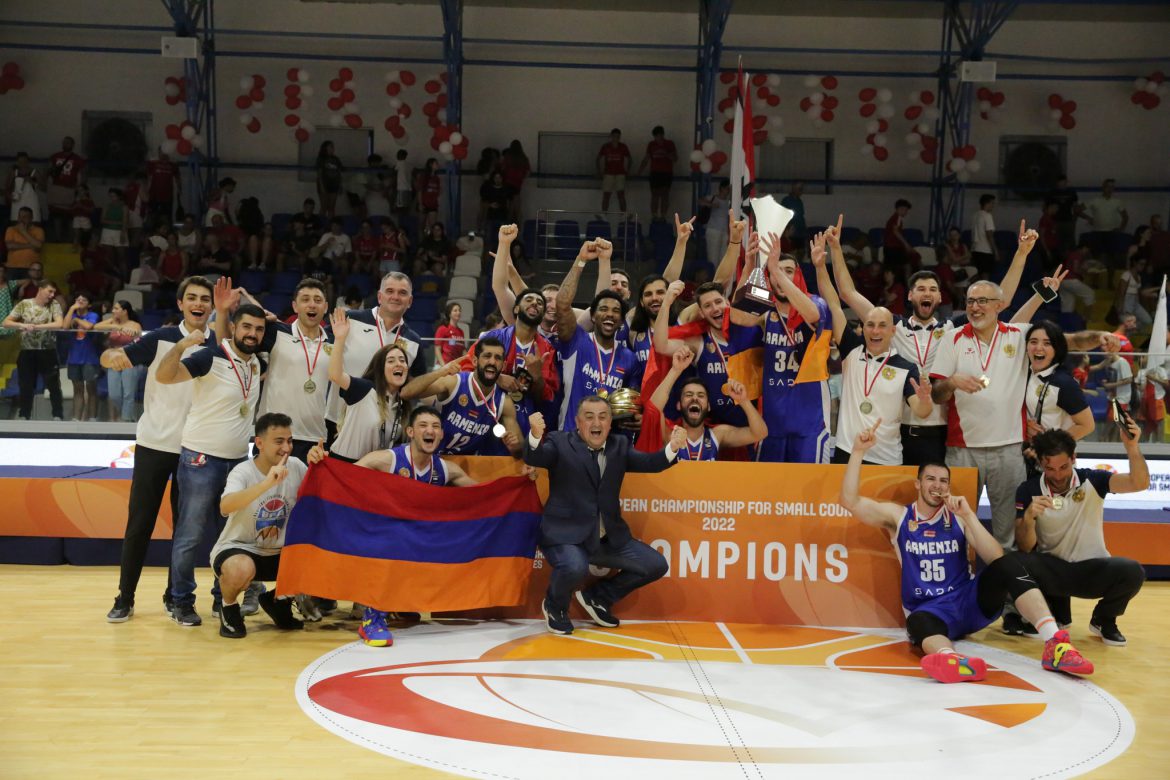 Rex Kalamian’s quest to bring Armenia basketball to international relevance is off to a fantastic start.

The Armenian national basketball team defeated Malta, 84-68, on Sunday to win the gold medal at the 2022 FIBA European Championship for Small Countries. This was Armenia’s first international tournament under new head coach Kalamian, who is also the assistant coach of the NBA’s Detroit Pistons.

Armenia did not lose a single match in the four games during the tournament. They began group play against Gibraltar and dominated them, 100-63, in Game 1. Next, they tamed San Marino, 78-66, to advance to the playoff stage of the tournament. In the semi-finals, Armenia blasted Andorra, 93-66, before taking care of Malta in the finals.

Leading up to the tournament, Kalamian preached about wanting his squad to play an NBA brand of basketball. The modern game consists of teams relying heavily on three-point shots because analytics have shown that the three-pointer is extremely efficient and correlated with more offensive productivity. Kalamian built the team with sharp shooters with college and professional experience like Andre Mkrtchyan Spight, Albert Tatevosyan, Chris Jones and Zach Tavitian.

Armenia averaged a whopping 39 three-point attempts per game (that’s nearly one per minute), and they converted at a 39.4 percent rate. Both figures were the most among the six teams in the tournament. As a result, Armenia experienced tremendous offensive success, averaging a tournament-high 88.8 points per game and winning every game by an average margin of 23 points per game.

“Rex did a really great job at selecting a group of guys that included a lot of great shooters,” Tavitian said. “So we really took advantage of that in our offensive sets. A lot of our plays and game plans were for us to get out and shoot the ball.”

Jones, who was named tournament MVP, was particularly remarkable. He converted on 53.6 percent of his three-pointers. He also scored 41 points in the final against Malta, a game which saw Armenia quickly fall behind, 15-2, in the first quarter.

“They really took us by surprise since they have played zone for the majority of the tournament,” Tavitian said. “It caught us off guard, but with our guys this year, we handled it as we did with any other obstacle on this trip.”

“As soon as we scored our first shots, the nervousness faded, and we started playing our game and took it to the end,” Tatevosyan said.

Tatevosyan was also a key contributor in the tournament and had a performance for the ages in the semi-final, draining 10 three-pointers for a game-high of 35 points.

“Coach Rex lined up the offensive game so that we could make a lot of those three-pointers,” Tatevosyan said. “He said on the first day of training camp that we were going to play in a NBA style: fast breaks and a lot of three-point shots, and that style is very close to me so I fully enjoyed our game.”

Finally, Spight, who won tournament MVP honors in 2016, was a veteran presence on the floor and an electric offensive piece.

Spight averaged 22 points per game on 43.5 percent shooting during the tournament. His performance was instrumental in helping Kalamian inch closer to his goal of turning 93rd ranked Armenia into a top 15 international program.

“This medal is huge for our country, and our ranking is continuing to climb. We will never stop,” Spight said.

Andre Khatchaturian is a seasoned digital content producer and the sports correspondent for The Armenian Weekly. He is the founder of Camak Media, a multimedia company specializing in drone footage, video content and photography for small businesses. Prior to this, he produced video and written content at the New England Sports Network (NESN). He has also provided coverage at three Super Bowls and more than a dozen high-profile UFC fights. Andre is from Glendale, California. He graduated from the University of Southern California with a bachelor’s degree in mathematics. He moved to Boston in 2013, where he attended Boston University and graduated with a master’s degree in broadcast journalism.