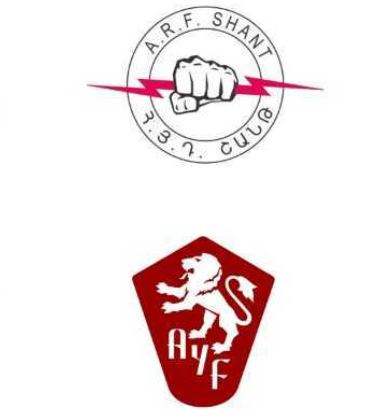 LOS ANGELES, July 9, 2022—Armenian students and youth in California stand in solidarity with opposition groups calling for the resignation of Prime Minister of Armenia Nikol Pashinyan. Over the past two months, we have been concerned about the excessive use of force by police to intimidate protestors and stymie this movement. Tens of thousands of protestors have taken to the streets to demand the Prime Minister’s immediate resignation as a result of his administration’s mishandling of negotiations regarding Artsakh and Armenia and its increasingly pro-Turkish policy. These protestors have been met with unjustified use of force and indiscriminate arrests.

We members of ARF Shant Student Association and the Armenian Youth Federation of the Western United States find ourselves having to make the same statement we have asserted before on numerous occasions: We firmly stand against the government and police using any sort of aggression, threat, or violence to quell this movement and silence voices calling for the Prime Minister’s resignation. We stand with the protestors who have taken to the streets in support of the integrity of their homeland.

Pashinyan and his Civil Contract party have blatantly ignored public sentiment regarding the Artsakh negotiations. The administration has engaged in a course of conduct that will have far-reaching and destructive consequences for Armenia and Artsakh. Its defeatist policies have earned the praise and endorsement of none other than Turkish Foreign Minister Mevlut Çavuşoğlu, who has encouraged foreign partners to support Pashinyan’s administration against demands for its removal. While tightening its grip on the state, Pashinyan’s administration has taken dangerous steps in pursuit of a questionable “normalization” process with Turkey and cession of Artsakh to Azerbaijan.

Pashinyan’s administration came to power in a wave of protests in 2018, fueled by vague promises of emboldening the rights of people and transforming Armenia into a “bastion of democracy.” In contradiction to these promises, over 400 people have been arrested in a single day during the current protests. Law enforcement has initiated criminal cases against those arrested without any evidentiary support. Further, pro-government lawmakers have pushed through a haphazard bill that allows state bodies to arbitrarily revoke accreditation of journalists and media networks. Simply, these actions deviate from Pashinyan’s promised “bastion of democracy.”

Censorship, violence, and arrest of peaceful protestors should not be tolerated in a democracy. Dissent is a critical aspect of a democratic society. Pashinyan’s administration has continuously failed to uphold the promise of democratic values that propelled it to power in the first place. Coupled with its ineptitude at prioritizing and upholding Armenia’s territorial and national interests, this administration simply has nothing left to do – which can only be remedied by his immediate resignation.

Universities have traditionally been incubators for social and political change. Thereby, the participation of students and professors, as representatives of their institutions, is critical. We join the call of those who have left their classrooms to take to the streets despite threats of expulsion and termination. Further, we call on organizations in other parts of the world to also join them in solidarity.