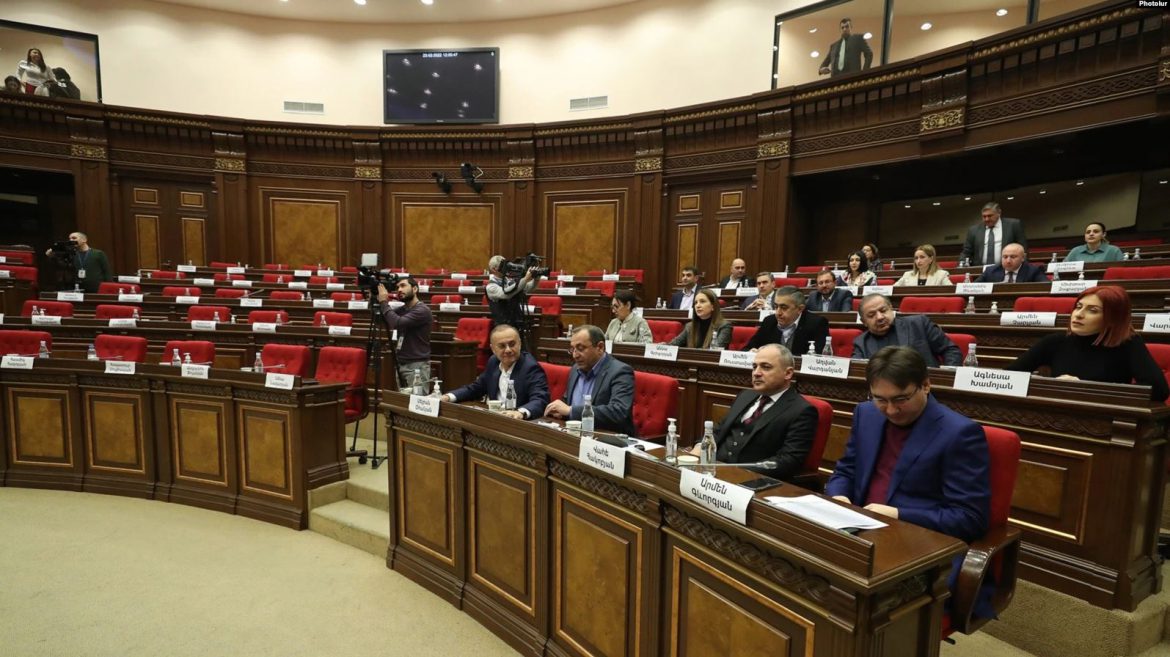 Azatutyun.am – A leader of the Armenian opposition said on Thursday that it will push for a parliamentary vote of confidence in Prime Minister Nikol Pashinyan in addition to holding more street protests against him.

The country’s two main opposition forces tried unsuccessfully to topple Pashinyan during more than six weeks of virtually daily demonstrations launched on May 1. They dismantled their tent camp in the center of Yerevan on Wednesday after announcing that they will now rally supporters on a weekly basis.

“Nikol Pashinyan’s removal continues to top our agenda,” said Ishkhan Saghatelyan, the main speaker at the anti-government protests. “Starting from August, we will have a new tool in our arsenal: the process of deposing [the prime minister.]”

“To that end, we need to work in two directions,” he told reporters. “First, creating political and legal grounds for the impeachment … and demonstrating popular, public demand for this. And second, nominating the people’s candidate for prime minister.”

Under the Armenian constitution, the parliament cannot oust the prime minister through a vote of no confidence during their first year in office. Pashinyan was formally reelected by the current National Assembly on August 2, 2021.

Pashinyan’s Civil Contract party enjoys a comfortable majority in the parliament. The opposition Hayastan and Pativ Unem blocs hold just under one-third of the parliament seats needed for filing a no-confidence motion against the government.

Saghatelyan did not clarify whether they are confident about provoking defections from the parliament’s pro-government majority.

“We will start the impeachment process only when there are sufficient conditions for its success,” he said vaguely.

Pashinyan and his political allies have dismissed opposition demands for his resignation. They say that the opposition has failed to attract popular support for regime change.

Saghatelyan again put a brave face on Hayastan’s and Pativ Unem’s failure so far to unseat the prime minister. He reiterated that they have at least succeeded in disrupting Pashinyan’s “timetable for new concessions” to Azerbaijan.

The opposition blocs launched their campaign on May 1 two weeks after Pashinyan signaled his readiness to recognize Azerbaijan’s territorial integrity and “lower the bar” on the status of Nagorno-Karabakh acceptable to the Armenian side.