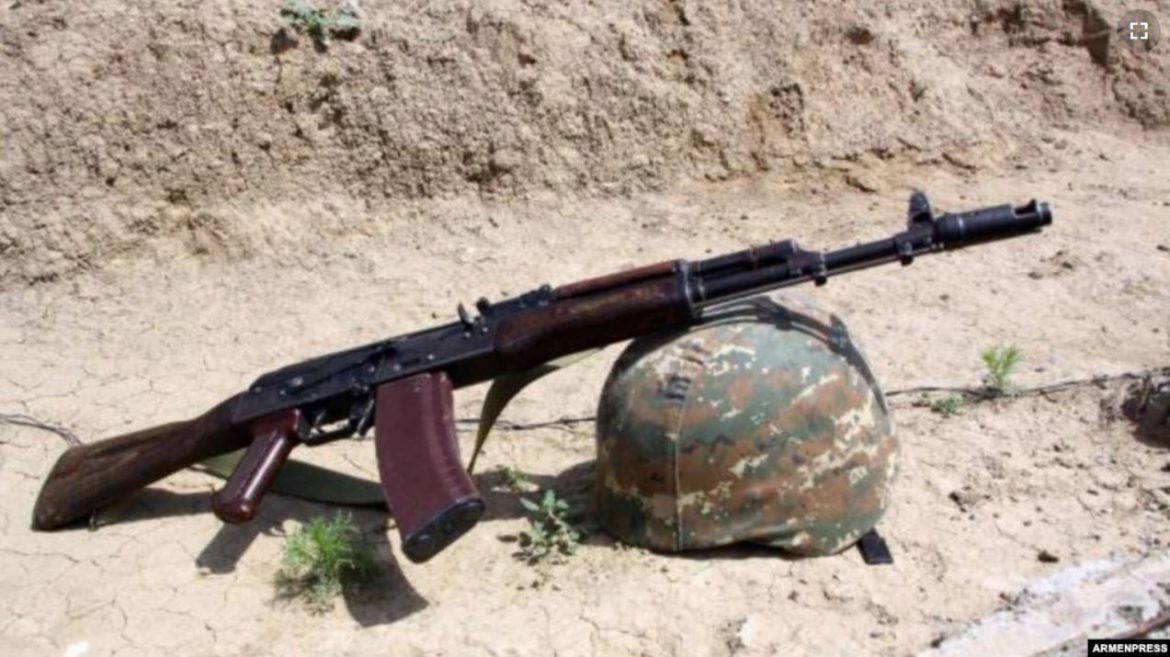 An Armenian soldier was shot and killed on Armenia’s border with Azerbaijan Monday night in what military authorities in Yerevan described as an Azerbaijani ceasefire violation.

A statement released by the Investigative Committee on Tuesday suggested that the 19-year-old conscript, Arman Sargsian, was fatally wounded in the head by cross-border sniper fire. The incident reportedly occurred at an Armenian army post in Gegharkunik province bordering western Azerbaijan.

The Azerbaijani Defense Ministry denied that Sargsian was killed by its troops. Earlier on Tuesday, it accused Armenian forces of again opening fire at its border outposts in the Kelbajar district just east of Gegharkunik.

The Armenian Defense Ministry was quick to deny the claim. It also deplored “totally false information” about Armenian ceasefire violations spread by the Azerbaijani side on a daily basis for almost a week.

Local government officials in two Armenian border villages close to Kelbajar told RFE/RL’s Armenian Service on Tuesday that they have heard virtually no gunfire in recent days. They also said there have been no disruptions in agricultural activity there because of cross-border skirmishes.

Foreign Minister Ararat Mirzoyan on Saturday accused Azerbaijan of misrepresenting the results of the meeting hosted by European Council President Charles Michel. Mirzoyan charged that Baku is “intent on torpedoing the peace process and continuing its policy of ethnic cleansing through the use of force.”

Michel said right after the Brussels summit that Aliyev and Pashinian agreed to intensify negotiations on an Armenian-Azerbaijani peace treaty sought by Baku. The Armenian and Azerbaijani foreign ministers will meet in September to “work on draft texts,” he said.